As a Criminal Defense Attorney: 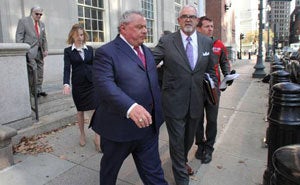 Thank you for contacting us. We will get back to you shortly.

Please complete all required fields below.

Attorney Larsen Is Here for You

Melissa Larsen is prepared to answer your questions regarding DUI/Chemical Test Refusals, Criminal Defense, Family Law, and Personal Injury cases in all four Rhode Island counties. Attorney Larsen is eager to discuss your case, contact her today for a free consultation.